Yep! Uncle Luke has made it publicly clear that he no longer will claim his children whom he says he has been paying millions in child support to for years. Apparently, his oldest kids have been bad-mouthing him something serious on the Internet lately, which ultimately led to him denouncing them as his kids. Here’s what he said during a recent interview with the Mad Hatta Morning Show:

“I have one kid. His name is Blake Campbell and he stays with me and me and my wife raise him. When you get a check, the results of that check ends up where your sperm donation kids are online talking bad about you after you spent millions and millions  of dollars in child support.”

Wow, he is dead serious!! And kind of childish too, don’t you think? 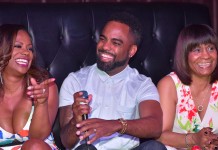 Uncle Luke Pens Open Letter to Rick Ross: “Calm Down Before You End Up Like Biggie”