Regina King, who plays Lydia Adams on TNT’s “Southland,” was seen at a sceening for the show at the Ritz-Carlton in Philadelphia Thursday night (Jan 7). Actress Tracee Ellis Ross and her sister Rhonda attended a photocall with the new cast members of the play “Love, Loss and What I Wore” Thursday at Marseille in New York City. Tracee is a part of the play’s cast. Former Spice Girl Melanie Brown aka “Mel B” spoke onstage for Oxygen’s television show “Dance Your Ass Off” during Day 2 of the NBC Universal 2010 Winter TCA Tour at the Langham Hotel Sunday (Jan 10) in Pasadena, CA. George Lopez and Jackie Chan posed for pics as they arrived at the premiere of Lionsgate and Relativity Media’s latest film “The Spy Next Door” at The Grove in Los Angeles Saturday (Jan 9). Lil Jon, the original King of Crunk, rocked a pair of gold fronts at his album listening session at Digiwaxx Friday (Jan 8) in NYC. HIs debut solo album Crunk Rock is scheduled to be released sometime early this year. Actor/comedian Mike Epps was spotted on the red carpet of the premiere of “Youth In Revolt” at the Mann Chinese 6 in LA last Wednesday (Jan 6). 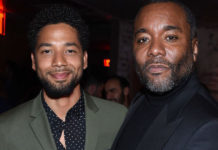