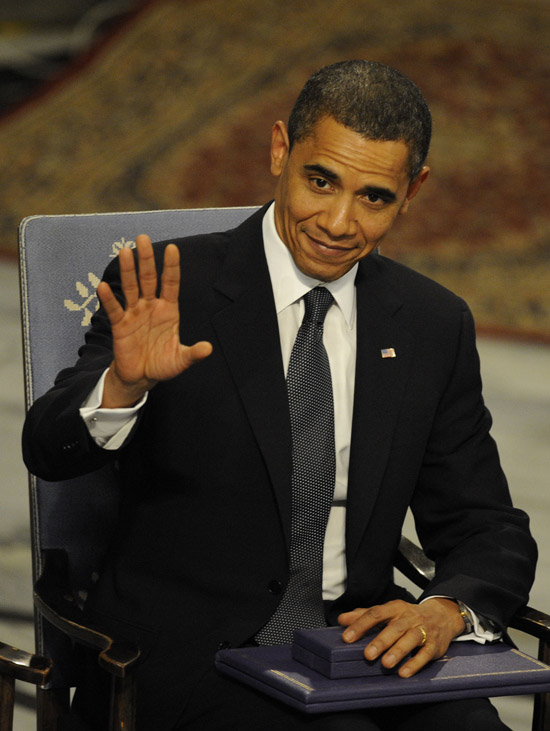 Nobel Peace Prize laureate, US President Barack Obama waves after receiving his diploma and gold medal during the Nobel ceremony at the City Hall in Oslo on December 10, 2009. The president faces a tricky task of reconciling the revered honor with his decision just last week to send 30,000 troops to escalate the war in Afghanistan, a move which tripled the US force there since he took office.