Actress Nia Long wants entertainers to stay in their lane. If you’re a singer, you should sing. If you’re an actress, you should act. No need in double dipping in the industry to get more stacks in your account. Her thoughts, not ours!

In a recent interview with the U.K. based Pride Magazine, the 38-year-old Brooklyn native had this to say about Beyonce‘s acting skills:

“I didn’t see ‘Obsessed,’ so I can’t comment, but it’s just not about how talented you are anymore. It’s about, ‘How much box-office revenue will this person generate?’ When you see certain people – we won’t name names – they just don’t have the skill, and no one in their team has said, ‘You need acting classes.'”

The 38-year-old actress, who last starred on the ABC series ‘Big Shots,’ said there are some exceptions.

“If you take time to develop your craft, God bless you. Jamie Foxx is an example of both [an actor and singer].”

Long also vented to the glossy about the quality of roles Hollywood offers black actresses.

“If you were able to take all the black actresses and the choices we’ve made collectively, it’s a pure reflection of what you see on film. People need to work. But the content? The opportunities for black actresses are more widespread today, but the quality has suffered,” she offered. 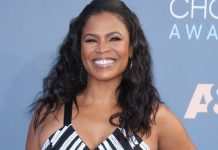 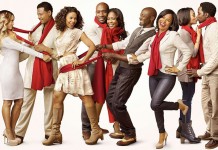 “The Best Man Wedding” Will Be Here Sooner Rather Than Later