Male supermodel Tyson Beckford must have a little hater in him. He told The Associated Press that he isn’t too keen on actors and musicians taking on roles as models posing in magazines and advertising campaigns. He feels like they’re taking jobs from models. He even went as far as saying that magazines and advertisers are going to get tired of airbrushing and making custom apparel for these “celebrity models” so that they can “look pretty” in those campaigns and magazine covers, and will eventually return to using predominately models.

“You have to do a lot of tweaking and airbrushing to get the same from a celebrity that you would get from a model. A lot of celebrities – I’m gonna tell you right now – they’re not 5’11. They’re not a size two to fit into these designer dresses, but the designers want exposure so they’re willing to make the specific dress for that actor or actress to get them to look good on the cover. It’ll all come back around. One day some designer will wake up and say, ‘You know what? I don’t want to use Gwyneth Paltrow. I want to use Adriana Lima, I want to use Gisele (Bundchen), I want to go back to the high fashion.’ I think slowly but surely you’ll see that start happening.”

Well ain’t that the pot calling the kettle black. We seem to remember a few “acting” roles Mr. Beckford has been in. Hypocrite, much? 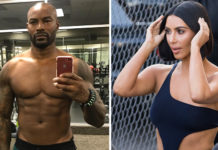 Kim Kardashian Called Tyson Beckford Gay, and Social Media Let Her Have It 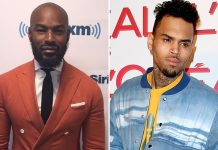 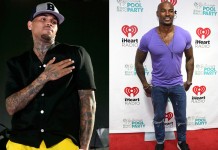 Chris Brown Squashes Tyson Beckford Beef, Blames It On His “Light Skin” and Being “In My Feelings”