R&B singer Charlie Wilson recently announced that he will be undergoing treatment for prostate cancer, a disease he was diagnosed with last fall. His second solo album, Uncle Charlie, will release to stores in a couple of weeks (Feb. 17th to be exact).

“When I was diagnosed with prostate cancer in September, I thought to myself ‘I’m too young… this isn’t a cancer I should be getting,'” Wilson said in a statement. “While I was surprised to discover that this disease strikes one out of every six American men, I was astounded to learn that African American men are 1.6 times more likely than others to be diagnosed with prostate cancer. My wife, Mahin, and I are very fortunate. I was lucky to be diagnosed and begin treatment early. My prognosis is excellent.”

And ‘Outstanding’ he is!

The former Gap Band frontman has already started utilizing his celebrity status to help inform more African American men on the illness. Men are 35 percent more likely to develop prostate cancer than women are to be diagnosed with breast cancer.

“I am excited to be working with the PCF. They are the driving force behind many of the advances that have been made in prostate cancer treatment to date,” says Wilson. “Their work has helped reduce the death rate by nearly 40 percent in the past few years. Together, I believe we can make an important impact.”

The Grammy-nominated artist also noted that his wife’s support has played a major in his recent campaign. “We men don’t want to consider or vocalize our vulnerabilities. It was my wife who kept after me to see my doctor for a screening,” he revealed. “I thank God she did. Now I feel compelled to spread the word about prostate cancer.” 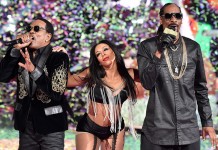 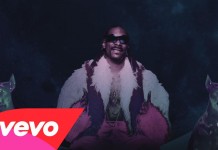