This Plies cat cranks out videos just like he cranks out albums! I swear his discography and videography beats out some of the rappers who’ve been in the game for over 5 years. But here he is with a brand new music video called “Street Light,” which features super producer/attempted singer Sean Garrett. This is the latest from Plies’ new album, Da Realist, which is in stores now. 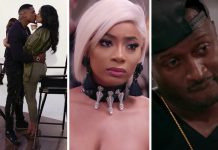