The human beat box we all know as Doug E. Fresh is over $3.5 million in debt! And multiple banks in New York are pursuing the hip-hop icon to get their money. According to reports published by The New York Post, not one, not even two, but THREE of Fresh’s Harlem home mortgages are behind payment and he is facing around $60,000 in debt stemming from credit card charges by American Express.

In addition to all of that, the IRS has also hit the rapper with a tax lien worth over $360,000, in addition to over $40,000, which he already owed to the state. So not only are the banks on his back, he has Uncle Sam to worry about too! SMH…

But hopefully his latest business venture, a restaurant named “Doug E’s Chicken & Waffles,” which is set to open in the Harlem area in January 2009, works out so that he can get out of the deep financial hole he’s in. 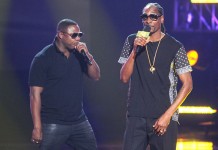