GOSSIPONTHIS.COM Celebs XXXTentacion Died Instantly After Getting Shot in the Neck, Eyewitnesses Said

XXXTentacion was shot in the neck and died instantly during the alleged robbery that claimed his life, according to eyewitnesses.

Eyewitness tell TMZ a bullet struck the rapper in the neck and he immediately went limp, losing all signs of life, including a pulse. It appears as though his death was instant, witnesses said.

Video footage captured immediately after the shooting showed the rapper lifeless in his vehicle as bystanders tried to find a pulse.

The Broward County Sheriff’s Office classified the incident as a robbery because his Louis Vuitton bag was stolen. So far, no one has been arrested, and a pair of South Florida rappers internet sleuths believe were responsible (Soldier Kidd and Soldier Jojo) have denied any involvement in the shooting. 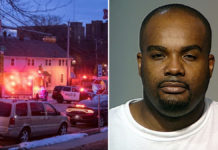 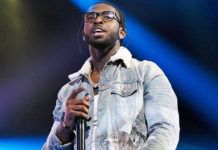