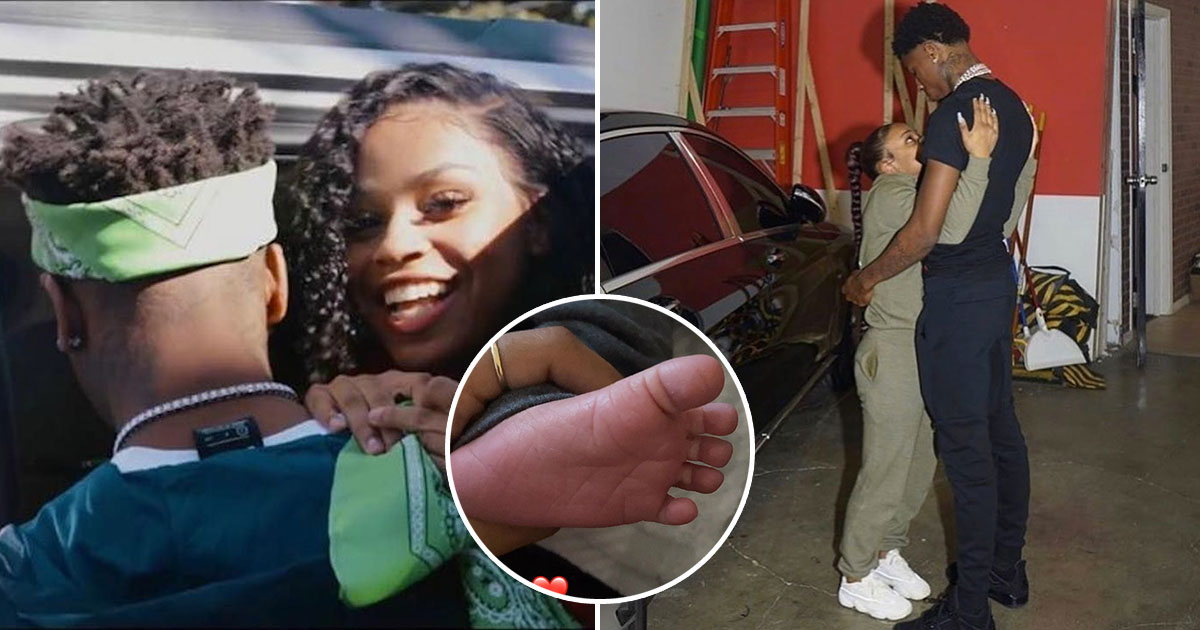 Another day another child of rapper NBA YoungBoy entering the world … and this time, he’s the father of another set of “hood twins.”

Floyd Mayweather’s daughter Iyanna (aka Yaya) took to social media Saturday (Jan. 8) to announce to the world that she’d given birth to her baby with NBA YoungBoy.

The 20-year-old made the announcement via her Instagram stories with a photo of the baby boy’s foot and Queen Naija’s “Mama Hand” playing in the background. Yaya hasn’t revealed the child’s name or any details about the birth.

Floyd Mayweather confirmed his daughter’s pregnancy during an interview with Hollywood Unlocked back in November.

“If that makes her happy, then we’re happy—me and her mother [Melissia Rene Brim] are happy,” Floyd said.

“What I try not to do is be in her personal business because once she’s no longer under my roof, then you know what? It’s between her and her better half.”

Yaya celebrated her pregnancy that same month with a huge baby shower, but YoungBoy wasn’t in attendance. Floyd said during the aforementioned interview that he and the 21-year-old rapper don’t have a good relationship.

“Well, my thing is this: it has to do with your upbringing,” Floyd said of YoungBoy’s behavior and comments towards him.

“It starts in the home first. What I’ve always taught my daughter is this: always be respectful when you’re going to anyone’s home. And whatever goes on in your home, don’t talk about it to the world. As far as NBA … I look at NBA YoungBoy as a child. I can’t get upset with a kid like that.”

While this is Yaya’s first child, this is NBA YoungBoy’s seventh. He now has five sons (though one isn’t biologically his) and two daughters, including one (Kodi Capri) who was just born two months ago on Thanksgiving (Nov. 26, 2020).

The rapper has yet to comment on the birth of his two children born just two months apart … but then again, this is hardly new territory for him, considering the fact that he welcomed two children with two different women within the same week last summer.