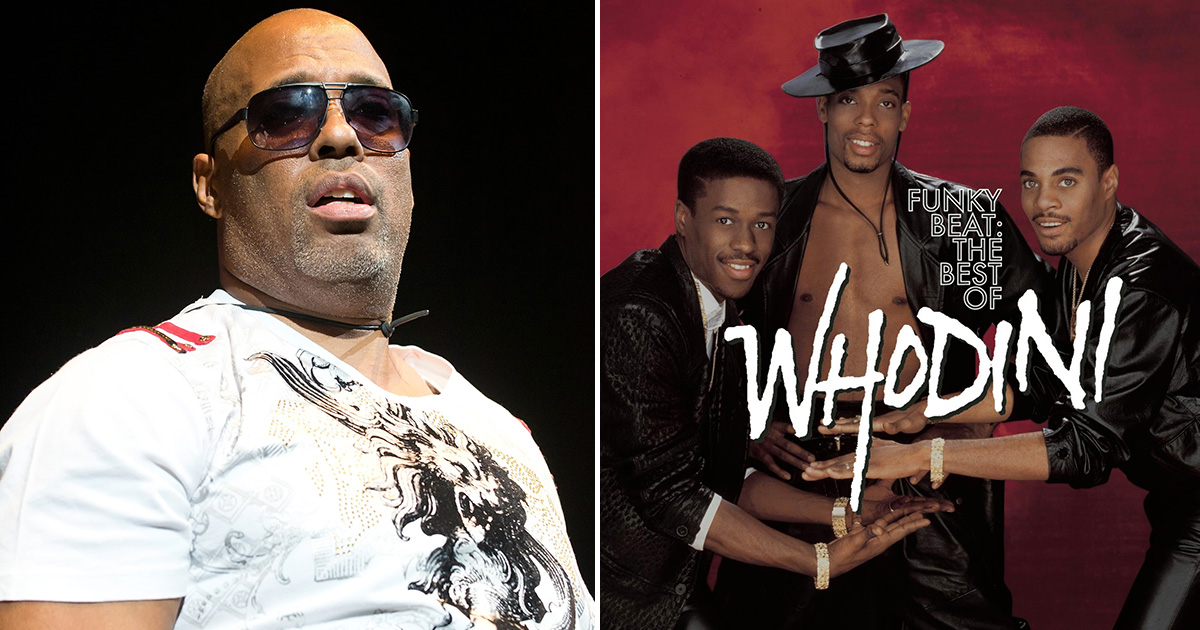 John “Ecstasy” Fletcher, who co-founded the legendary Hip-Hop group Whodini, has died. He was 56 years old.

The rapper’s death was announced Wednesday (Dec. 23) by Questlove, who remembered him as a “legendary and a pivotal member of one of the most legendary groups in hip-hop.”

John was living in the Atlanta area at the time of his passing, which has come as a huge shock to the industry. A cause of death hasn’t been announced by the family yet.

John (aka “Ecstacy”) formed Whodini in Brooklyn with Jalil Hutchins in 1982 before DJ Grandmaster Dee joined the group in 1986.

The iconic trio recorded a number of classic hits, including “Friends,” “Freaks Come Out at Night” and “The Haunted House of Rock.”

Whodini was most recently honored in 2018 at the third annual Black Music Honors where they received the Hip Hop Icon Award.

Ecstacy, who along with Jalil provided the vocals, was known for his trademark “Zorro” hat, which helped him become one of rap music’s first sex symbols.

Whodini was managed by Russell Simmons during the heyday in the 1980s, and they were one of the earliest acts to combine rap and rock. They were also the first to perform live with b-boy dancers and their sound heavily influenced the launch of the New Jack Swing sound.

Jermaine Dupri, who started his career as a dancer for the group, offered his condolences after the sad news broke.

“My God, this one hurts me so bad, I can’t even believe I’m posting this,” he wrote. “Ex, you know I love you. Thank you for every word, every conversation, every good time. May your soul rest in power.”

My God, this one hurts me so bad,I can’t even believe I’m posting this,Ex you know I love you ???? thank you for every word,every conversation every good time,may your soul Rest In Power ??? #whodini q pic.twitter.com/6RGuOankWl

Speech from Arrested Development said: “#RIPecstasy My full heart goes out to the family and friends of the legendary Ecstasy from the landmark hip hop group #Whodini. They were the first to make adult hop hop, with melodic music, huge soundscapes and sex appeal for the ladies. This man will be SORELY MISSED!”

#RIPecstasy My full heart goes out to the family and friends of the legendary Ecstasy from the landmark hip hop group #Whodini. They were the first to make adult hop hop, with melodic music, huge soundscapes and sex appeal for the ladies. This man will be SORELY MISSED! pic.twitter.com/y7zn5jdM4G

Ice Cube thanked John for “showing us how to do it,” rapper Q-Tip remembered him as “one of the most under appreciated voices in hip hop,” and LL Cool J called his friend “one of the most important people in this culture to me.”

Thank you Ecstasy for showing us how to do it. RIP pic.twitter.com/ppfUZeZesp

RIP to Ecstasy from https://t.co/MiqnKeBFeK of the most under appreciated voices in hip hop. Too many hits! Condolences to his fam ????

Chuck D also paid homage, recalling the time John mentored him in the summer of 1987 and how he was always there to give him tips and advice.

1987 I entered the @Defjam tour w PE. I tended to be nervous looking at 15000 fans in front of me every night. There were 2 MCS that directly mentored my calm that summer. 1 was @RealDougEFresh the other was Ecstacy of Whodini. Always there to reassure w advice tips #RestInBeats pic.twitter.com/UzCj5RN4ve

Another blow in a bad year. John Fletcher aka Ex of #whodini has just passed. The trio, along with producer Larry Smith, made the first hip-hop records that black radio embraced. Personality, humor and hooks.

Terrible news. Rest In Peace to one of my heroes: the great ECSTACY of WHODINI ! One of my favorite vocalists EVER from one of the BIGGEST groups HipHop ever saw. Nobody sounded better on records than Ecstacy. The definition of a Golden Voice. This hit me hard. #GoldenEra pic.twitter.com/edp8lyz7BT