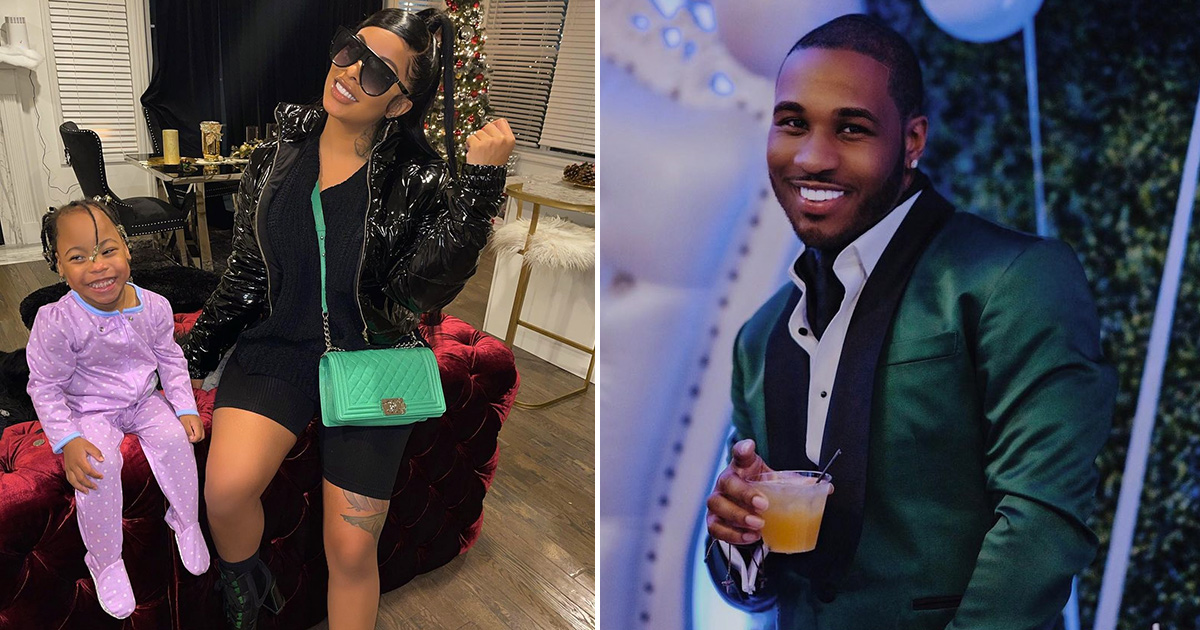 Skyy took to her Instagram Thursday and shared an adorable photo of herself and her baby girl.

She captioned the image: “The moment you thought you was outside.”

It had been speculated for while that Fetty Wap wasn’t Laiya’s biological father, and the rapper confirmed the speculation in 2019, saying on Instagram Live: “I’mma always love Lai Lai. I was there when she was born. I was there for her doctor’s appointments. Me and her mother fell out but that ain’t got nothing to do with the baby.”

He continued: “When I feel like I want to be there, I’m going to be there. I’m gonna help. But as far as me going above my boundaries—nah. If it was biological with me, then it would be different.”

YouTube blogger Tasha K first revealed months ago that Brandon Medford was Alexis Skyy’s baby daddy and that he “has been taking care of his daughter.”

During an IG Live session, Alexis hinted that her daughter’s father was featured on Forbes.

“Don’t let that go over your head. Forbes,” she said.

Alexis Skyy confirms her bd thru her bestie Ikey as Brandon Medford, billionaire on the Forbes list who works at PTG365 car dealership in NY. Listen here?? pic.twitter.com/9YKSN0v4lQ

In a recent profile, Forbes described Brandon Medford as one of the most successful entrepreneurs in the automobile industry.

Medford is the millionaire founder of what is now the No. 1 Auto Brokerage in the country.

The business, called PTG365—which stands for Price Too Good 365 (days of the year)—is based in New York City and has offices spanning from Florida to Atlanta and Los Angeles.

PTG365 is described by Forbes as a one-stop-shop with services like new car sales, pre-owned car sales, auto insurance, and financial education services. One incredible aspect of their services is that they bring a car to a client’s home without them ever having to drive to a dealership.

Because of the company’s success, Brandon has a show on Snapchat called Driven, which is the No. 1 show on the platform, according to Forbes.