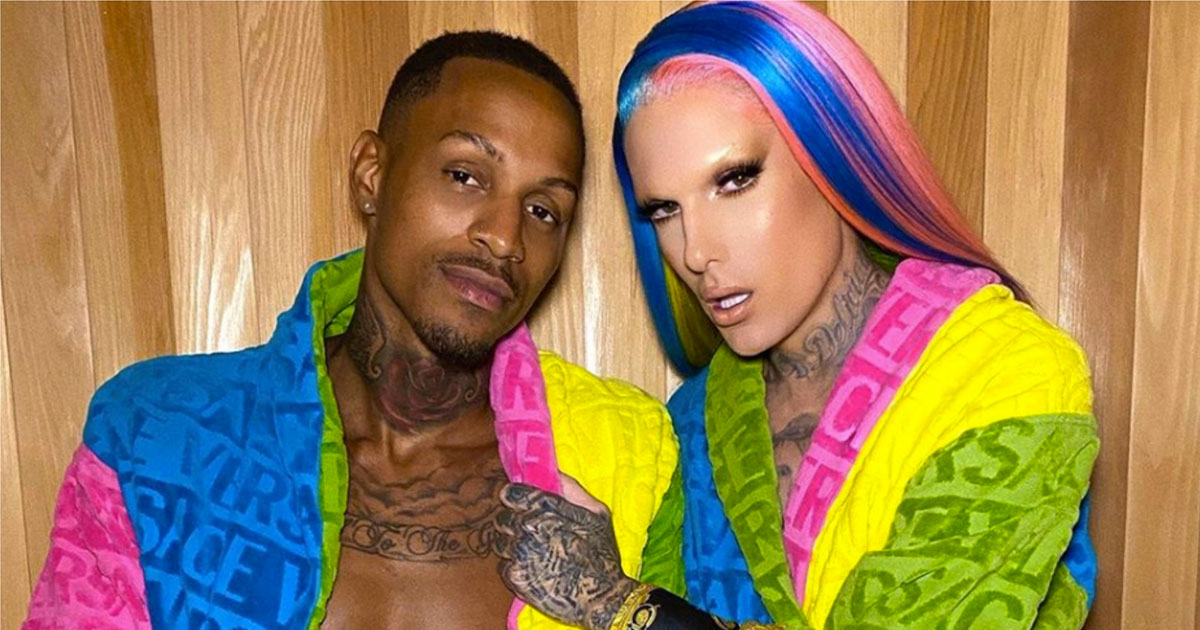 Has Jeffree Star’s relationship with basketball player Andre Marhold come to an end?

It sure does seem like it after Star took to social media accusing Marhold of stealing from him and refusing to return his phone calls.

In a comment posted on Instagram, Jeffree writes: “Hey! Since you can’t answer the phone right now, can you give me all the stuff back that you stole from my house?? What kind of lowlife f**king scum does that? Give it back!!! If you need a return label, just ask [crying laughing emojis].” 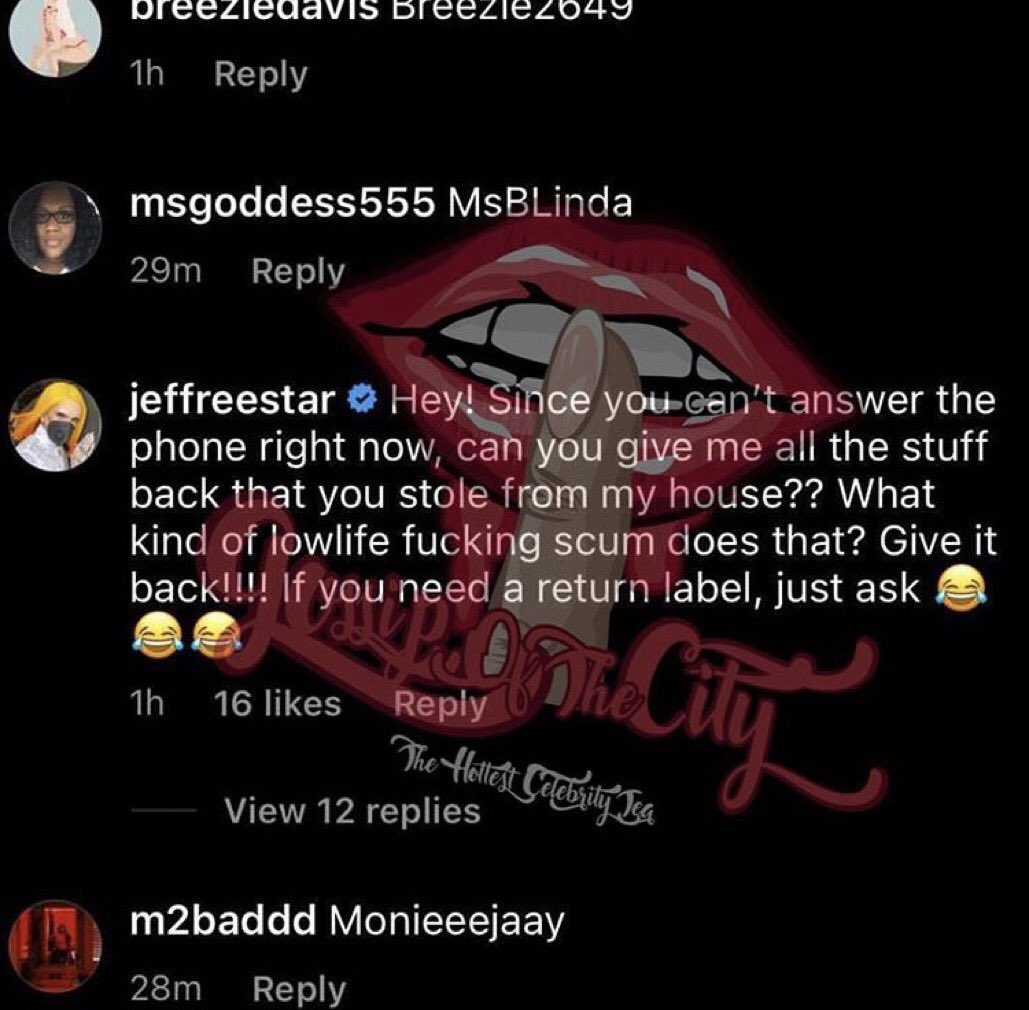 Jeffree and Andre’s relationship became social media fodder after Jeffree posted a photo on Instagram of him sitting on Andre’s lap. Neither of their faces were visible, but social media sleuths were able to identify Marhold through his tattoos.

“My son matters. My son was so happy last week. Idc if it’s about money but this hurts me a lot and affects my son,” she wrote alongside a video of Andre with their son and a broken heart emoji. She continued: “God please help me to keep my head up for my son cause this s**t is unreal. Please help me God to be strong for my son.”

She wrote in another post: “Tell me what I’ve done to you? Tell me why to expose yourself but my son? Money? Cause I could work harder to make our life better. I was your ride and die, I could do anything to save our relationship. Anything.”

Jeffree clapped back with a shady post on Twitter, saying: “I know it’s devastating news for some people, but I don’t give money to anyone I’m dating or anyone who is f**king me. Work on your own insecurities sis, I’m not the problem.”

I know it’s devastating news for some people, but I don’t give money to anyone I’m dating or anyone who is fucking me. Work on your own insecurities sis, I’m not the problem ?

The following week, Leezy later said in an interview that the situation blindsided her and left her humiliated.

“It [was] just humiliating for me because my family called me, my friend from France called me. Everybody was blowing up my phone, so I couldn’t [go on] my phone,” she told Life & Style magazine.

Leezy said the revelation was a huge surprise to her because Andre had told her he was going to Los Angeles for business and would be back in a week.

“I trusted him because he said he was going there for work. Then, you know, I tried to communicate with him, but it was just like hard to,” Leezy said. “So, from this day until now, we’ve had, like, no communication.”

She added: “I’m still hurt and confused about the situation because I do not know, I don’t know what’s going on, honestly.”