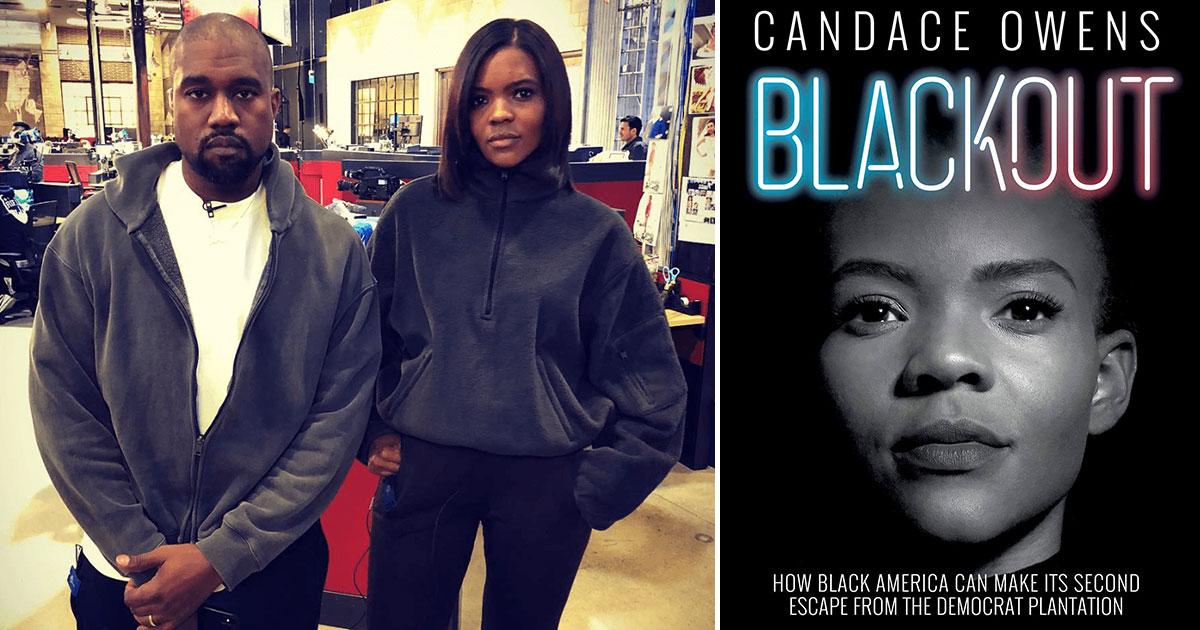 While most of the Hip-Hop community can’t stand Candace Owens and probably wouldn’t spit on her even if she were on fire … there’s at least one rapper who fux with her.

It’s Kanye West. Kanye West is the one rapper who fux with Candace Owens, likely because they’re both card-carrying members of the “Blacks Who Love Trump” group and are so deep in the sunken place that it’s likely they’ll never be able to come out unscathed.

Ye took to Twitter Thursday night (Sep. 10) to give Candy O a major-shout out and thank her for her book “Blackout: How Black America Can Make Its Second Escape from the Democrat Plantation,” which she released earlier this year.

“THANK YOU CANDACE OWENS,” the rapper tweeted, to which Owens responded: “You’re welcome! Thank you for inspiring me to be myself, unapologetically. Dragon energy.”

You’re welcome! Thank you for inspiring me to be myself, unapologetically.
Dragon energy. ? https://t.co/phWMH7O2w7

Here’s a description of the book (via Google Books):

What do you have to lose? This question, posed by then-presidential candidate Donald Trump to potential black voters, was mocked and dismissed by the mainstream media. But for Candace Owens and many others, it was a wake-up call. A staunch Democrat for all of her life, she began to question the left’s policies toward black Americans, and investigate the harm they inflict on the community.

In Blackout, social media star and conservative commentator Owens addresses the many ways that liberal policies and ideals are actually harmful to African Americans and hinder their ability to rise above poverty, live independent and successful lives, and be an active part of the American Dream.

Weaving in her personal story that brought her from the projects to 1600 Pennsylvania Avenue, she demonstrates how she overcame her setbacks and challenges despite the cultural expectation that she should embrace a victim mentality.

Owens argues that government assistance is a double-edged sword, that the left dismisses the faith so important to the black community, that Democratic permissiveness toward abortion disproportionately affects the black babies, that the #MeToo movement hurts black men, and much more.

Well-researched and intelligently argued, Blackout lays bare the myth that all black people should vote Democrat—and shows why turning to the right will leave them happier, more successful, and more self-sufficient.

Earlier in the day, West was on Twitter complaining about not having a seat on the board for Adidas or Gap, even though he has signed lucrative fashion deals with both companies.