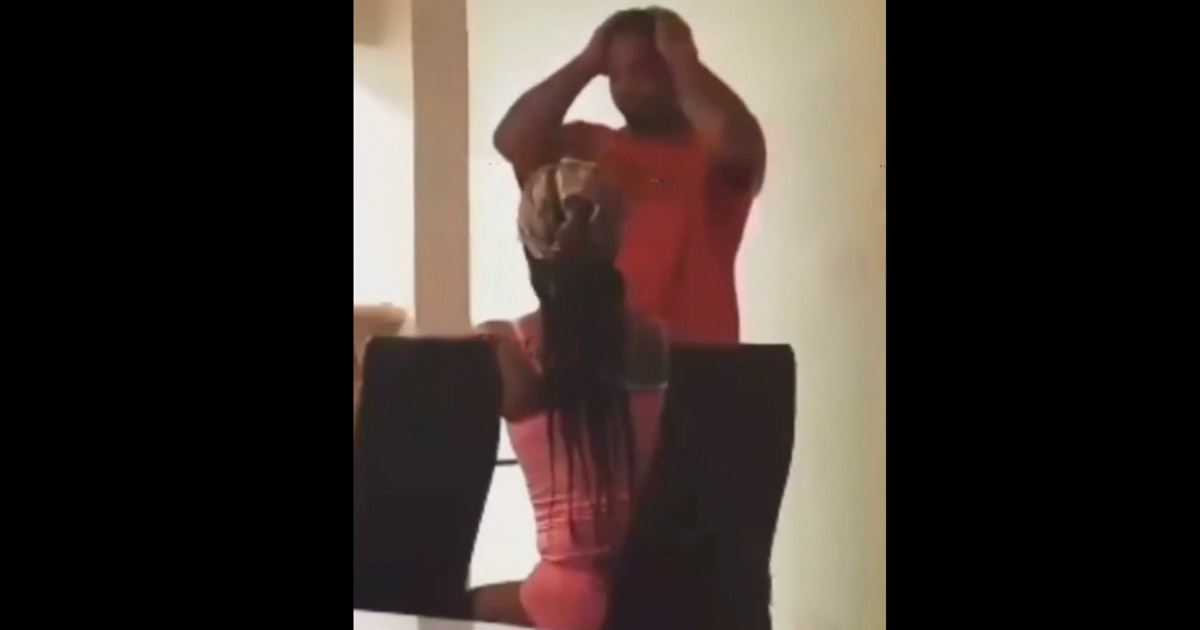 In one of the most disturbing videos you will ever see, a Florida woman confronts her boyfriend for molesting her 12-year-old daughter.

In the 3-minute clip, which was reportedly live-streamed on social media, the man admits to the horrible crime after the woman reveals her daughter told her he touched her.

The angry and devastated mother continues telling the man how much she trusted him with her child and was planning on marrying him.

“You got a grown-a** woman willing to marry you and you are touching my child. A 12-year-old child!” she says in the video.

Throughout the video, the man stands there in shame and really doesn’t have a lot to say about his actions.

He eventually apologies to the woman and tells her he wasn’t thinking and made a huge mistake.

The man even tries to apologize to the woman’s daughter which only escalated the confrontation further.

“Lacey I apologize to you,” the man shouts out to the child, who appears to be off-camera in another room in the home.

The woman responds angrily, telling him not to speak to her daughter ever again.

“Don’t say sh*t to my child. Your apology is not accepted. F**k you,” she says to the man.

The man continues to try to apologize to the child in the video and admits he can’t take back what he did.

“It’s nothing I can say or do to undo what I already did,” he says to the woman.

At the end of the video, the mother gets so angry at the man that she physically starts to attack and beat him around the house.

Another woman comes out of nowhere and tries to break up the fight until the mother kicks the man out of the home.

No word yet on whether the man has been arrested by authorities.

It’s sad, especially during a time like this, that you have people out here touching on little kids. SMDH.