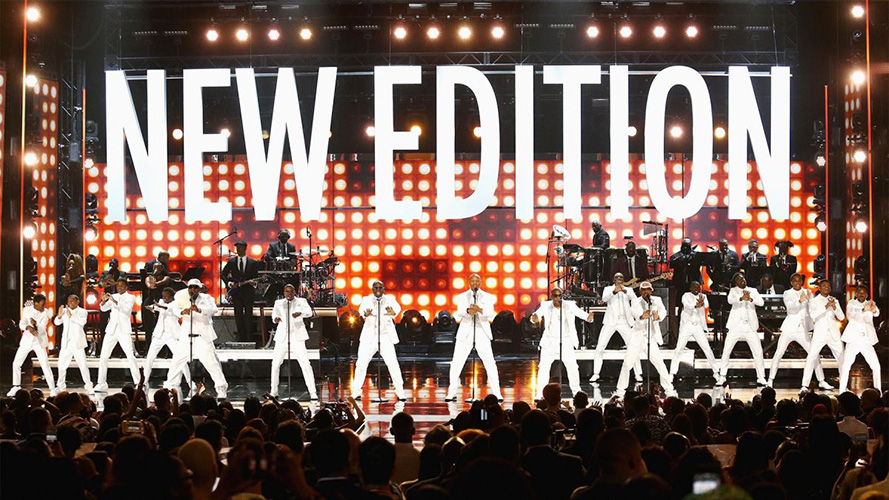 New Edition was honored with the prestigious Lifetime Achievement Award during the 2017 BET Awards Sunday night (Jun. 25), and fans were treated to a massive performance from not just the group themselves, but also the actors who portrayed them in their critically acclaimed BET biopic.

Prior to accepting their award, the young men who played New Edition in the movie took to the stage, singing their various hits and solo tracks. Then, immediately following their acceptance speech, all six New Edition group members hit the stage before being joined by each their biopic counterparts for an epic 17-person performance.