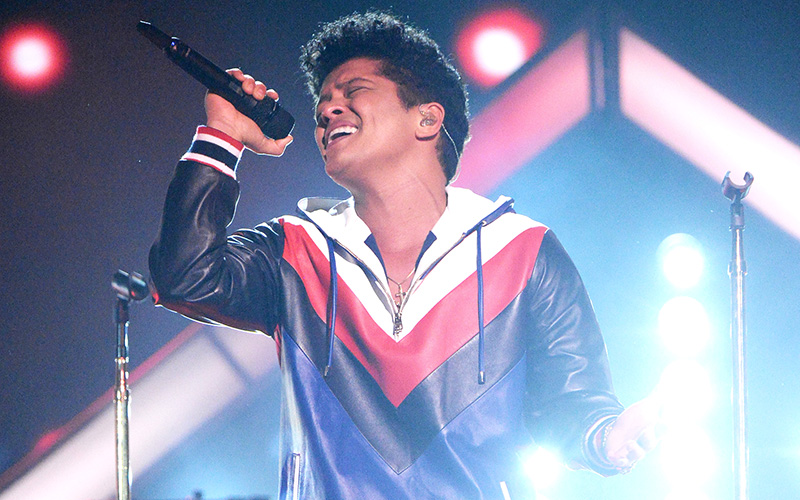 Bruno Mars is opening the 2017 BET Awards! Host Leslie Jones confirmed the news a couple days ago on Twitter.

I told y’all we would start our wonderful life together, that’s why @BrunoMars and I are opening up the 2017 #BETAwards @BETAwards

Mars, who is nominated for five BET Awards — including Best Male R&B/Pop Artist, Video Director of the Year for “That’s What I Like,” Video of the Year for “24K Magic” and Album of the Year for 24K Magic — has been on tour for most the summer in support of his third studio album.

Due to his tour schedule, earlier this year for the Billboard Awards, Mars was forced to pre-record his “Versace on the Floor” performance from one of his many tour stops, but thankfully he’ll be present and accounted for at the BET Awards tonight at the Microsoft Theater in Los Angeles. It hasn’t been revealed what he’ll be performing (artists usually like to keep things of that nature a surprise), however, we expect him to either do a medley or hits, or maybe he’ll possibly debut what should be his next single, “Chunky.”

The 2017 BET Awards will be hosted by actress/comedian and SNL star Leslie Jones. “I am so excited to be hosting The BET Awards this year,” she said in a statement. “BET was the first network and place where I was on TV. I am looking to turn this whole experience into a joyful homecoming.”

Leading the pack of nominees is Beyoncé, who we don’t expect to be at the show due to the recent birth of her and JAY-Z’s twins, with a whopping seven nominations. Following her lead is show-opener Bruno Mars with five nods, and Solange, Chance the Rapper and Migos, who each have four. Chance is also set to receive the Humanitarian Award.

The 2017 BET Awards airs tonight from the Microsoft Theater in Los Angeles at 8 p.m. ET.