GOSSIPONTHIS.COM News 103-Year-Old Woman Refuses to Die Until She Votes Against “National Disaster” That... 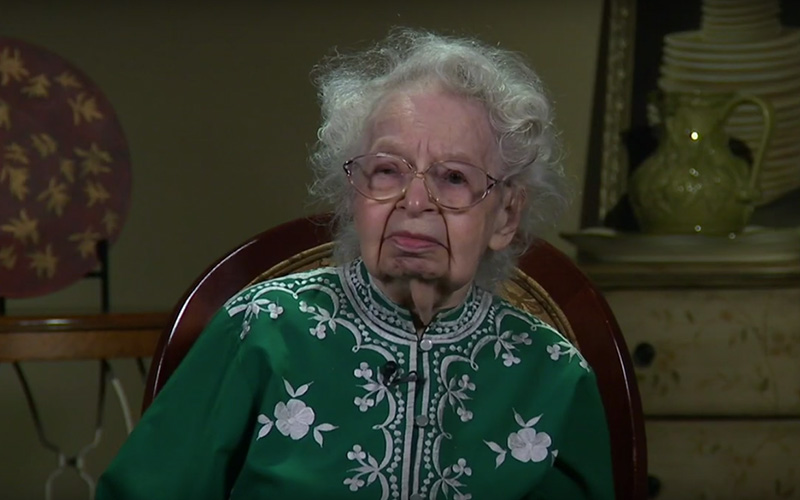 “The chances are high that my vote will be absent. After giving this problem much serious thought and consideration, I’ve come to the decision that I must live to do my part November 2016. I can die later.”

These are the words of 103-year-old Ruline Steininger, a bad ass Iowan woman on a mission to keep Trump out of the White House. Her disdain for the former reality TV star is only rivaled by her admiration and excitement for Hillary Clinton, a potential woman president that Ruline never thought she’d live to see.

“I never thought we’d see a woman president of the United States, but this is the year,” Ruline told CNN’s Christiane Amanpour. She continued, “Hillary is the best qualified candidate we have had in a long, long time.”

And to her credit, Ruline would know. Being born before women even won the fight for the right to vote, the apparently indestructible grandma has voted in nineteen elections, with the upcoming being her twentieth. So she’s certainly seen her fair share of good, and bad, candidates in her life.

Speaking of bad, Ruline did not have very kind words for the Republican nominee. Saying, “we certainly don’t want Trump for a president,” is about the nicest thing she could muster up for the golden (and I mean that in his skin tone) real estate mogul.

“I don’t know what’s gotten into people. If he’s elected president, it’s going to be a national disaster which we will likely take years to recover from.” You tell ‘em, Ruline. Look, when you’re 103, you’re well beyond mincing your words.

Even though Hillary may not be the most favorable candidate to most people, she can rest easy knowing she has at least one ardent supporter in Iowa.