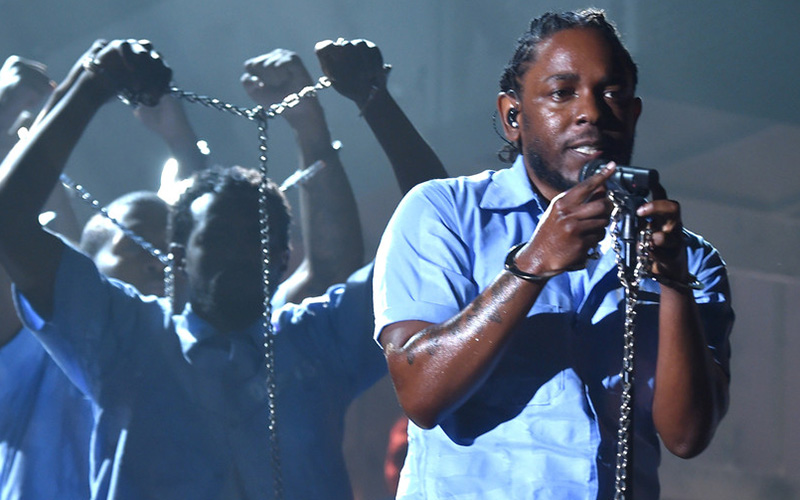 Standing at the microphone in chains with a few cellmates and a prison background behind him, Kendrick opened his performance with his To Pimp A Butterfly single “The Blacker The Berry.”

From there, Kendrick and the rest of the guys break free of their shackles and dance in front of a bonfire with neon colors everywhere as he performed “Alright.”

Kendrick ended his set with a fury of verses and the word Compton over an image of Africa. It was easily the BEST performance of the night.