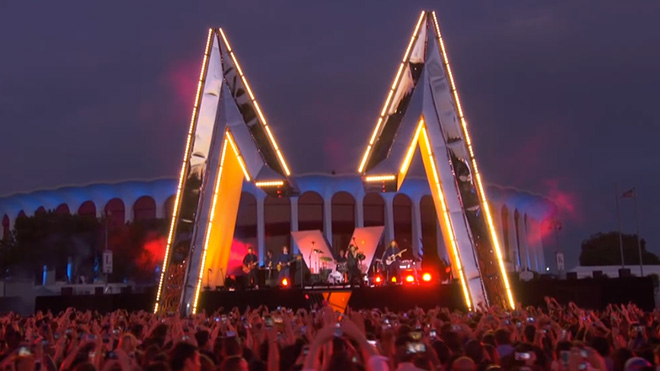 The rock band transformed a parking lot outside The Forum in Inglewood, CA (near Los Angeles) into a makeshift concert venue, complete with a huge stage with a huge “MV” in the background, which dually represents their name “Maroon 5” and their next album V, which is due out September 2nd.

“Maps” is the first single from the aforementioned album.