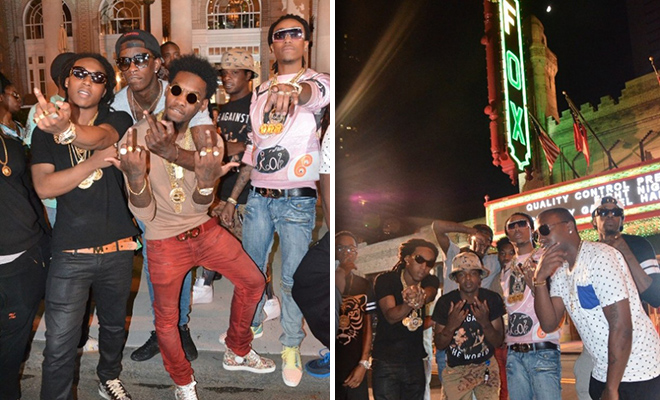 According to our friends over at FreddyO.com, the trap trio — Quavo, Takeoff and Offset — spent close to $800,000 on the video shoot, including securing the prominent location (right in front of Atlana’s world-famous Fox Theater!), acquiring talent and “just doing what it takes to make a hot music video.” Young Thug even dropped by the shoot, posing for photos and likely shooting cameo scenes for the video.

“Fight Night” is the first single from Migos’ ‘No Label 2’ mixtape.

Check out the pics from the video shoot here: