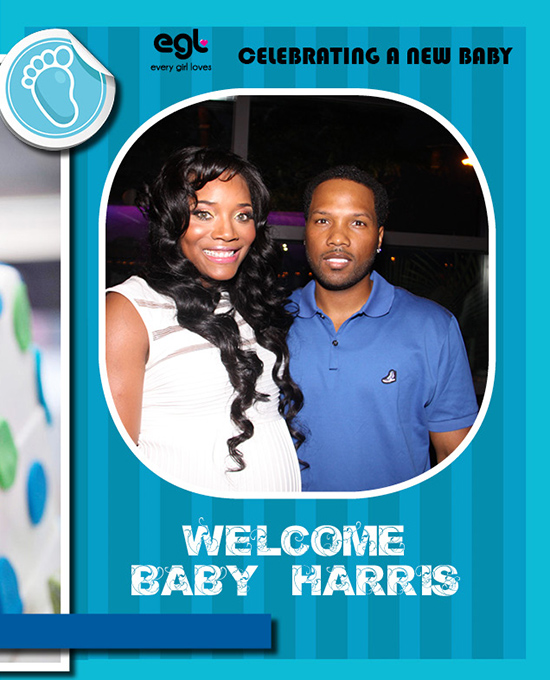 Yandy Smith from the original “Love and Hip-Hop“ (who looks like she is about to POP!) celebrated her pregnancy with a huge baby shower last Saturday night (Jun 30) in New York City.

Hosted at Tian Restaurant, located on the Upper Westside of Harlem overlooking the Hudson River, the shower was attended by over two hundred guests, including her boyfriend/baby daddy Mandeecees, Juelz Santana, a VERY pregnant Kimbella, Maino, LHH producer Mona Scott-Young and Missy Elliott, who tweeted after the party:

@yandysmith only Yandy would have a BabyShower popping like a Club Night! Lmao! Congrats mama!

Yandy posted a number of pictures from the shower to her website EverythingGirlsLove.com. According to the website, the “Hustlapreneur” arrived to the event “glowing and looking beautiful in a Tadashi Shoji dress and Giuseppe Zanotti shoes.”

The party was sponsored by liquor brands such as Cavoda Vodka and Tyku liquor, as well as Bartenura Moscato and Blackberry, who provided guest favors and prizes for shower games.

Yandy was also gifted an Orbit G2 Stroller System and over $3,000 worth of post-pregnancy fitness services from Velashape (a non-invasive procedure that helps get rid of cellulite non-surgically).

The next day, she tweeted:

Check out the pics from Yandy’s baby shower below: