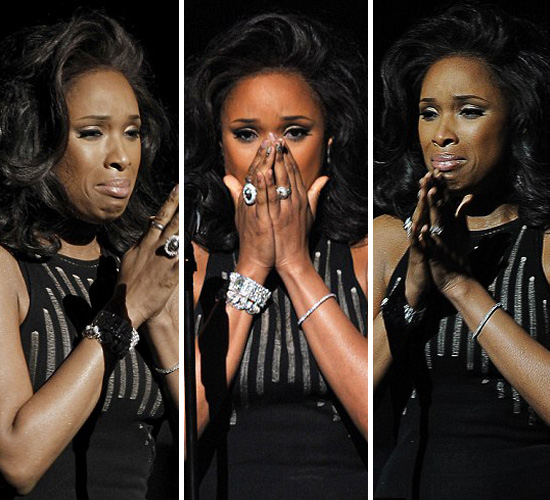 Jennifer Hudson could hardly hold back her tears last night at the 2012 Grammys as she performed a touching rendition of Whitney Houston‘s “I Will Always Love You” in tribute to the R&B icon who suddenly and unexpectedly died over the weekend in Hollywood. Hudson’s rendition of the classic song was beyond perfect, as if she she was channeling the late Whitney Houston herself. And she was, because her performance was an almost exact replica of Houston’s performance of the same song at the 34th Annual Grammy Awards 20 years ago.

Throughout the performance, Jennifer appeared to be holding back tears, but when she finished, she couldn’t hold them back anymore and she finally gave in to her emotions, letting the tears flow as the audience went wild with applause.