Young Money rapper Tyga was arrested in Las Vegas over the weekend after police found out the 22-year-old had outstanding warrants for previous traffic violations.

According to TMZ, Tyga (born: Michael Stevenson) was recently pulled over for a routine traffic violation.

During the stop, police discovered the “Rack City” rapper had an outstanding arrest warrant for 4 other unrelated traffic incidents, including driving without a license, registration violations and unlawful acts of financial responsibility.

Tyga, who is currently on the road promoting his upcoming sophomore album “Careless World: Rise of the Last King,” was reportedly taken into custody at Clark County Detention Center, and was released the very next day on his own recognizance. 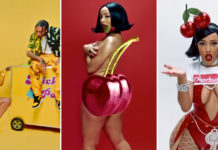