GOSSIPONTHIS.COM Celebs Maroon 5 Performs with Christina Aguilera and Gym Class Heroes at the... 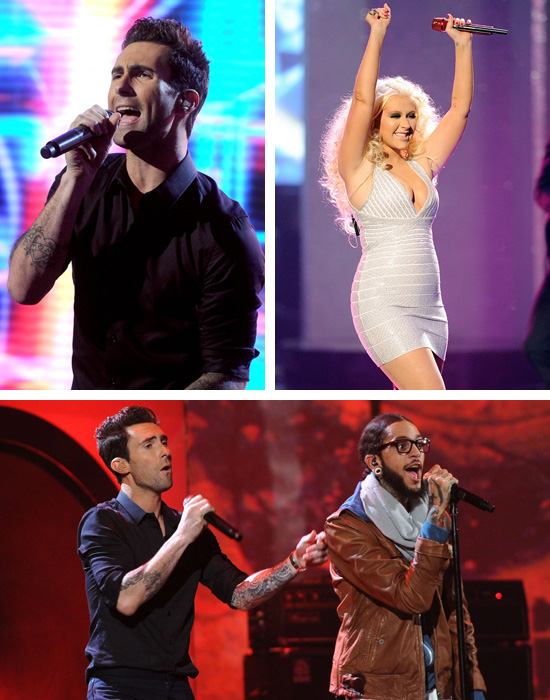 Following an introduction from Bruno Mars, Adam Levine and Maroon 5 shared the stage with an EXTREMELY curvaceous Christina Aguilera (who wore a skin-tight dress) Sunday Night (Nov 20) at the 2011 American Music Awards in L.A. as the group performed their “Moves Like Jagger” single.

After they finished performing “Moves Like Jagger,” Levine broke from the band and joined Gym Class Heroes for a performance of their single “Stereo Hearts.”