“Gossip Girl” actor Chase Crawford has managed to snag himself a plea deal in his 2010 drug possession case.

On June 10th last year during a body search, Crawford was found by police in ownership of a marijuana joint, and now nearly 1 year later, he has a chance to wipe his slate clean. If he stays out of trouble for at least a year, his case will be dismissed and he will not face any drug charges.

Under the conditions of his plea deal, the 25-year-old actor must also complete 24 hours of community service and report to a probation officer once a month.

Fingers crossed that Mr. Nate Archibald manages to keep out of trouble’s way for the next year! 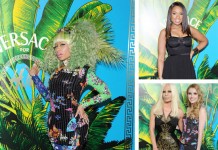