As a precaution to prevent the early delivery of her twin boys, Celine Dion has been hospitalized, according to the Associated Press.

The 42-year-old singer was admitted to St. Mary’s Medical Center in West Palm Beach, Florida to make sure she’s near doctors in the weeks leading up to the birth of her babies, which are the result of a 6th attempt at in-vitro fertilization.

Dion and her husband Rene Angelil announced earlier this year that they were expecting twin boys after trying for years to have more children.

The happily married couple are already the parents of a 9-year-old son, Rene Charles. 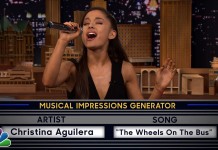