South Park has officially joined the rest of the world in pointing and laughing at those ridiculous Jersey Shore characters!

In yesterday’s episode, after they encounter an ugly beast called a “Snooki,” (pictured above) the citizens of South Park call on Al Qaida to rid them of an infestation of New Jersey reality stars, including characters from both MTV’s “Jersey Shore” and Bravo’s “Real Housewives of New Jersey,” (LOL!!)

Check out the hilarious episode (IN ITS ENTIRETY) below!

NOTE: Snooki’s part is about 13 minutes in… 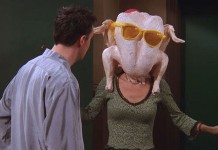