In their new movie “Going the Distance,” actress Drew Barrymore and actor Justin Long star alongside each other as a couple who are trying their hardest to maintain a long-distance relationship. One is in New York City and the other is on the other side of the country in San Francisco.

“I thought it would be a unique experience to go work with someone I had a history with and who I had emotional times with and who genuinely makes me laugh and who I’m genuinely attracted to. I knew the chemistry between us would be honest so we would be able to bring a truth to the fact that a relationship can be very difficult and I thought that would be a real benefit. I think we balanced the line really well and I think we were willing to bare that chemistry and the pain and joy we’d felt in life.”

Drew Barrymore Has a New Boyfriend? 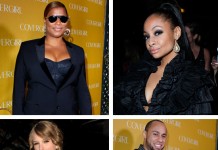