R&B singer Estelle is back with a new music video for “Freak,” the debut single for her sophomore album All of Me, due in stores sometime this summer. In the video, directed by Nabil Elderkin, the UK singer can be seen wearing black face make-up which created a bit of controversy when a preview of the new video was released a couple of weeks ago. Estelle had this to say about it:

“Those comments were the first thing I saw after we released the video trailer,” she said. “It’s like, ‘Are you joking?.I think they need to wait to see the clip. I could defend myself, but it’s just silly.I’m black, so how do I do blackface? Missy did the same thing [with her video] ‘She’s a Bitch.’ I refuse to defend it, I didn’t put any white ring around my mouth — never that.”

Peep the new video after the break! 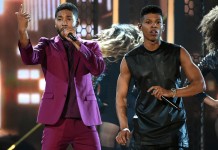 Watch the “Empire” Cast Perform at the 2015 Billboard Music Awards 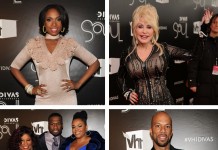