Alternative/rap-rock group Gym Class Heroes recently released their new music video for “Live a Little,” the latest single from their album, The Quilt, which was released in 2008. Their new album, The Invasion of Dummies in P.E., is set to be released sometime in 2010.

In related news, the group’s frontman Travis McCoy is gearing up to release a new song on World Aids Day (Dec 1) to raise awareness for the Staying Alive foundation, a charity that promotes worldwide prevention of and awareness about HIV and Aids. McCoy is currently an ambassador to the charity and his song “One At A Time” will be released via iTunes next Tuesday. The revenue generated from the legal downloads of the track will go to the Staying Alive foundation. 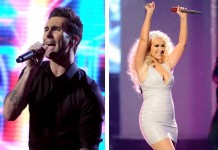