Rapper Plies is set to drop his fourth studio album soon, but in the meantime peep his brand new music video for “Becky,” the debut single from the new album, titled Goon Affiliated.

Check out the “Becky” music video below and be on the look-out for Goon Affiliated when it’s released sometime this fall. 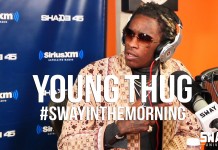