Teyana Taylor‘s “Color Me Pink” is a song that was supposed to be on the Star Track signee’s still unreleased debut album, From A Planet Called Harlem, but she’s reportedly re-recording this and collecting new material for the album, which still doesn’t have a solid release date due to all of the recent leaks. But anyway, check out the song, written by The Clutch, below. 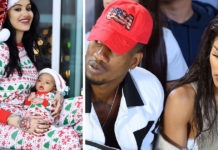