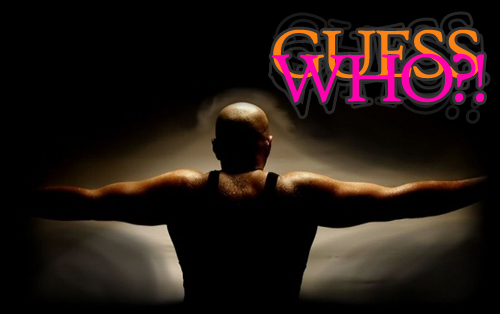 WHO IS THIS MYSTERY CELEBRITY? CLICK BELOW TO FIND OUT!

What celebrity above is claiming to be “50 and fly?” No, it ain’t Ving Rhames, if that’s what you’re thinking! Lol. This particular celebrity turned 51 yesterday (Jan. 17th) and has been working on his physique with Lee Haney. He will officially debut his new look in the newest issue of JET Magazine, which is set to hit stands on January 21st.

HINT: He had a pretty popular show on the WB back in the day. Who is he? It’ Mr. Hightower, best known as Steve Harvey! In celebration of him “crossing over to the other side” as I like to call it (lol), he decided to shave his held bald and get fit. Here’s what Lee Haney had to say about one of the original Kings of Comedy:

“Steveâ€™s first step began with making up his mind that he wanted to change the way he looked. Steveâ€™s changes show how you too can change your body through exercise, good nutrition, and faith.”