GOSSIPONTHIS.COM Pop Culture Guess Who Else is Pregnant? 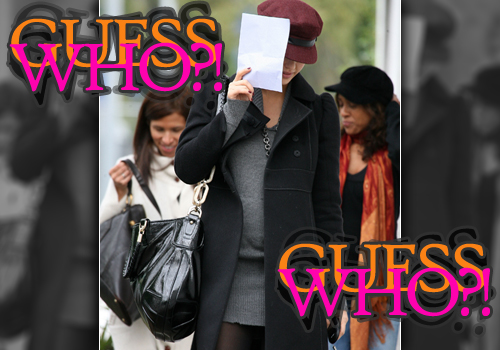 WHO THE HELL IS THIS? CLICK BELOW TO FIND OUT! // PHOTOS: SPLASH NEWS

Jamie Lynn Spears ain’t the only white girl in Hollywood who recently got knocked up! There’s another celebrity who’s expecting, but unfortunately for her, her story hasn’t made big headlines because of JL’s teen pregnancy. The only hints I can give you that won’t completely give away her identity is that she’s a pretty well-known actress, and has starred in a movie about super heroes, and a dancing movie, among others. Who is she?? Actress Jessica Alba and her boyfriend Cash Warren are expecting their first child together. The “Fantastic 4” actress doesn’t plan on posing for any magazine covers naked either, unlike Christina Aguilera, Britney Spears, and Demi Moore. And she plans on marrying Warren (if they’re still together that is) AFTER the baby is born. Why? Because she doesn’t want to be pregnant in a wedding dress …

Above she can be seen trying to conceal her identity while doing some last-minute holiday shopping on Hollywood’s famed Rodeo Drive. Among other stores, she made stops at Dior and Dolce & Gabana.