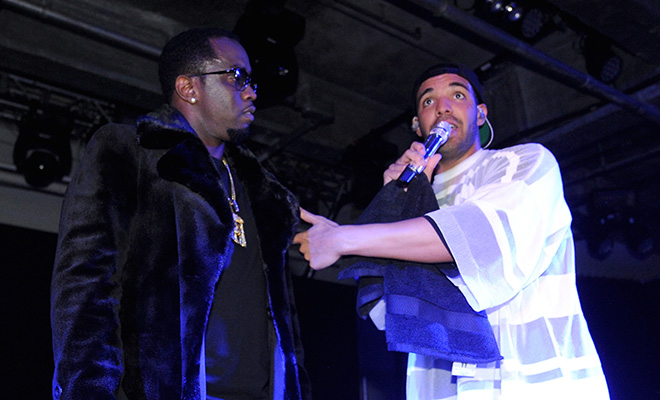 All rumors claiming Cassie was the reason for Diddy putting hands on Drake can finally be put to rest.

Video footage of Diddy performing with Mase back in June proves that the fight was all about Drake’s “0 to 100” song.

During his performance, Diddy called Drake out for stealing his beat and using it to make “0 to 100.”

According to Diddy, he sent Drake the beat for a guest verse, but never received anything back. The next time Diddy heard the beat was when Drake released “0 to 100.” So yeah. He pissed.

TMZ reported Diddy punched Drake Monday (Dec 8) after warning him to never disrespect him again. Drake dislocated his shoulder and had to be taken to the ER.

Watch the footage of Diddy talking about Drake stealing his beat below: