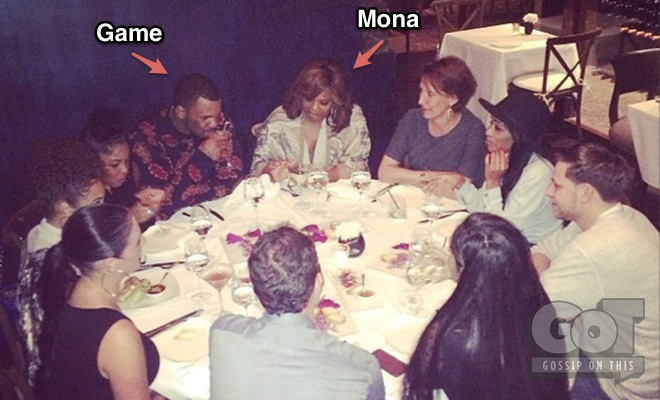 The popular reality series, produced by Mona Scott Young‘s Monami Entertainment, has seen success in the eastern cities of Atlanta and New York, but according to TMZ, the show is setting up roots in Los Angeles for its latest spin-off, with episodes expected to start shooting later this month.

When TMZ first reported on the story, sources close to production were saying that they were having issues finding a big name star to give people a reason to watch.

Ray J was initially planned to headline the show, but he couldn’t sign on since he’s currently hosting “Bad Girls Club: All-Stars” on Oxygen.

Producers were said to be “scrambling” to find someone else, but now reports are emerging that rapper Game is the star that VH1 and Mona are looking for.

Last weekend, the Game tweeted that he had a meeting with Mona Scott Young, along with a photo of himself and the show’s producers, leading many to believe that he could possibly be joining the cast of “Love & Hip Hop: L.A.”

He has since deleted the Instagram photo, yet the tweet remains. So I guess we’ll just have to wait and see what happens from here.

Game being a part of the LHHLA cast would make sense, seeing as he lives in L.A. and already has a relationship with VH1 through his “Marrying the Game” reality show with his on-and-off girlfriend/fiancee/baby mama Tiffney Cambridge.

His recently split from Tiffney will surely be a storyline people would be interested in, and we also hear there’s ANOTHER woman involved (possibly Tami Roman from “Basketball Wives”), but we’ll save that for another post.