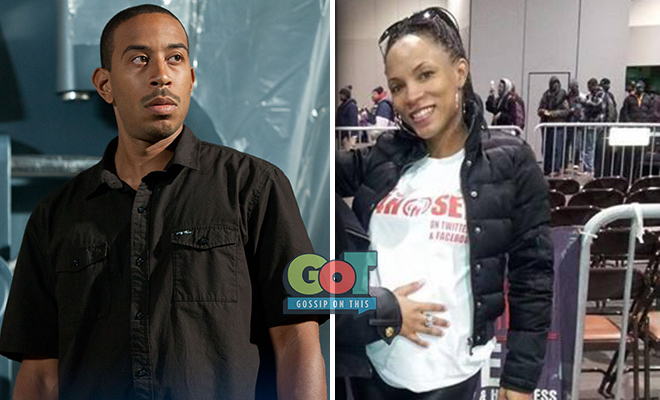 As you may have heard (in case you didn’t, the details are here), Luda “pulled a Dwyane Wade” and had a love child with another woman while on a purported “break” from his girlfriend (Eudoxie, in Luda’s case, Gabrielle Union in Dwyane’s).

Ludacris & Dwyane Wade Get to Keep Their Girlfriends, Even Though They Had Babies With Other Women

Luda’s newborn daughter Cai Bella Bridges was born a month ago today (Dec. 9 2013) and according to Tamika, the rapper/actor has yet to meet her in person.

In a series of tweets, Fuller also denied filing child support papers on Luda and extorting him for money and a car, as we reported on earlier today.

Fuller also denies rumor of her being a former stripper and asks that all the negativity and bad press towards her and Luda stop so they can focus on raising their child together.

Check out all of her tweets below:

It saddens me that it has come to this. I did not file on him. Nor would I ever try to attempt to extort my child’s fathers.

Ive nevr asked him 2 buy me a car. I had engine trouble. I asked 2 borrow one of his during my pregnancy so that I cld continue 2 get 2 work

I have never been a stripper. I did waitress there in my past. I have since moved on from that. Some of the best people I know are dancers.

She has yet to meet her father and it’s unfortunate because I would never keep him from seeing her.

Let’s not lose focus that an innocent child is involved and her best interests come before any of all of this foolishness.

In spite of all that has already happened I just ask that the negativity stop towards him and I. We have a child to co parent. Be blessed.

We know Eudoxie somewhere rolling her eyes like b*tch please!