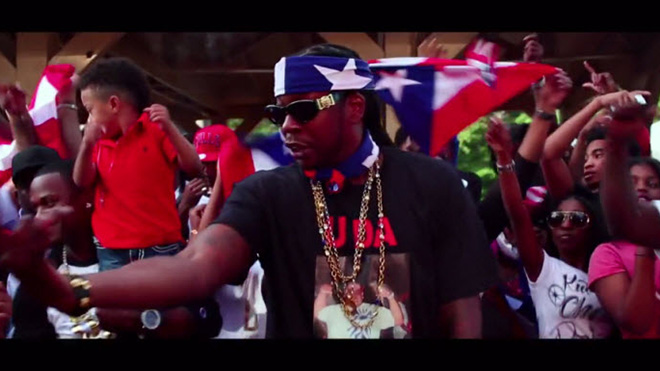 Saying goodbye is never an easy thing to do, but 2 Chainz does just that in the video for his new single “U Da Realest,” in which the rapper pays homage to his late friend Puerto Rican Johnny, who died in a car accident last year.

Along with Johnny’s friends and family, Chainz keeps his memory alive in the video by hosting a BBQ with everyone repping Johnny with t-shirts and Puerto Rican flags.

“U Da Realest” is the latest cut from the rapper formerly known as Tity Boi’s sophomore album ‘B.O.A.T.S. II: Me Time.’

In related news, the rapper is set to kick off his 21-city “2 Good to Be T.R.U. Tour” in Boston on February 4th with Pusha T and August Alsina. Hit up Billboard.com for the dates and more info.