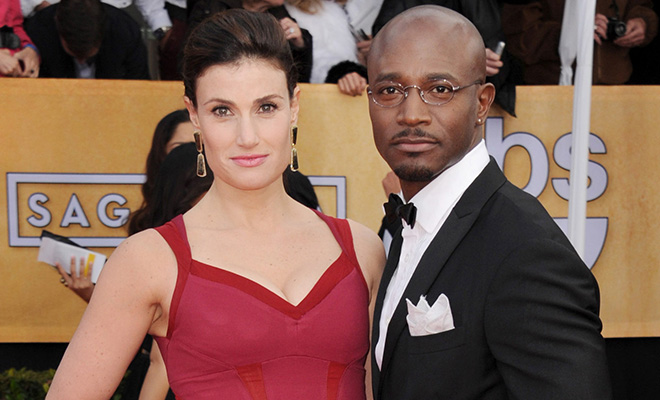 Guess the rumors were true. Taye Diggs and his wife of 10 years Idina Menzel are calling it quits after a decade-long marriage.

The couple’s reps confirmed to People Magazine that they are separating and only want to focus on raising their 4 year-old son Walker.

“Idina Menzel and Taye Diggs have jointly decided to separate at this time. Their primary focus and concern is for their son. We ask that you respect their privacy during this time.”

Taye and Idina met years ago while co-starring on the Broadway production of “Rent” and have been married since January of 2003.

Over the summer, rumors surfaced that Diggs had been cheating on his wife, and he was said to be bragging to strippers in L.A. about being on the verge of a divorce. A source told Star Magazine at the time:

“Taye isn’t even waiting for the separation to be official. He’s ready to party and let loose. He’ll continue to co-parent their son… but as far as he’s concerned, the marriage is over.”

Well, well, well … sounds like maybe someone was creeping around after all!