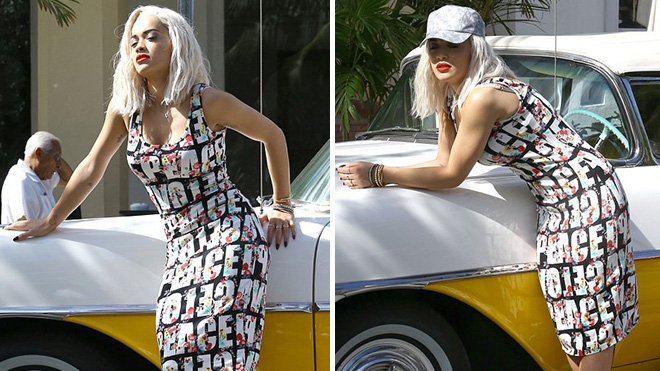 Roc Nation artist Rita Ora was hospitalized Monday (Nov 18) in Miami after collapsing on the set of a photo shoot.

According to the UK’s Daily Mail, the “R.I.P.” singer was shooting a new ad campaign for Madonna’s “Material Girl” clothing line in Miami’s hot, 90 degree weather when she fell ill and fainted.

Pictures posted on the site show the 22-year-old looking physically ill and using a car to hold herself up, and later, she was seen being carried out of her make-up trailer and being placed on a stretcher before being taken to the Mount Sinai Medical Center emergency room. Rita was released the same day after being treated for “heat exhaustion” and “dehydration.” She has since been released and her rep say she’s doing fine now.