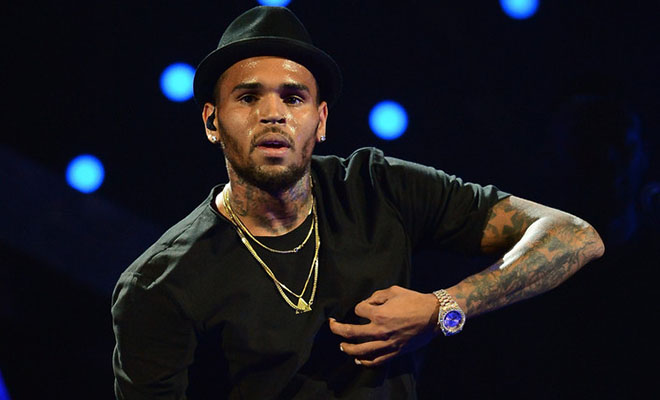 Chris Brown is so very, very draining. Although he was an obvious ticking time bomb, it’s still unfortunate to see your fears for another person realized.

Someone get this boy a therapist, anger management coach and a sponsor stat. Should he go to jail — and oh, I’d so go with that theory right about now — may he get his Eat, Pray, Love on once he’s released. So much talent being wasted.

In any event, more details are pouring out from his arrest. As of Monday morning, he was still sitting in a D.C. jail cell, presumably fighting the urge to turn into a green monster ready to wreak havoc on the world. Poor thing.

Brown was in Washington for an appearance Saturday night at the Park nightclub on 14th St. N.W., one of many unofficial parties celebrating Howard University’s Homecoming weekend.

Park owner Marc Barnes said Brown was at the club until 2:30 a.m. Sunday and “everything was fine when he was here.”

But two hours later, following an after-party that the singer attended, things seem to have turned ugly.

Brown and friend/bodyguard Christopher Hollosy, 35, got into a “physical altercation” with the unidentified man around 4:30 a.m. in front of the hotel, reports our colleague Ann Marimow. The alleged victim was taken to a nearby hospital and later released.

What actually went down is unclear. TMZ reports that two women approached Brown and asked for a photo with him; at the last second, two men jumped into the shot.

The singer took offense, allegedly telling one of the men, “I’m not into this gay sh*t, I’m into boxing” before throwing a punch. The man told TMZ his nose was broken and may require surgery.

A person close to Brown’s camp disputes that account, telling the Post that the picture story is “nonsense” and that the incident started after the man tried to follow the two women onto Brown’s tour bus, leading to an altercation.

“That’s what started this,” said the person, who would speak only on condition of anonymity because the investigation is continuing.

Hmm…. whose side do you believe?