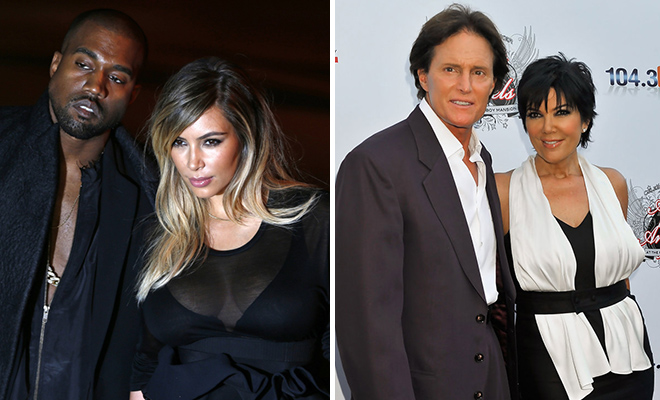 Apparently, Bruce Jenner‘s “breaking point” in his 22-year marriage with Kris Jenner was when Kim Kardashian moved in with Kanye West and their new baby, North West.

An insider tells People, “It got crazy. It was all about Kim and North and no one paid Bruce any attention, especially Kris.”

For those of us that have watched an episode of Keeping Up With The Kardashians, this shouldn’t surprise you, given Bruce is typically ignored by everyone. Poor thing.

Anyhow, the source added, “This was Bruce’s house, too. And he had no room. He felt like he was being shoved into a corner.”

Again, this is a typical episode of Keeping Up With The Kardashians.

But how is Bruce feeling in his post-Kris life? “He’s much happier. He loves it there.”

I bet this source is one of the Jenner sons. You know, one of the ones who can’t stand Kris, which is like, 90% of them, right?

I feel you, though, Bruce. It might’ve taken you a decade too long to realize Kris paid you dust and that you’re better than that, but we all learn hings on our own time.

Just meditate on this song, sir, and exhale, shoop, shoop: