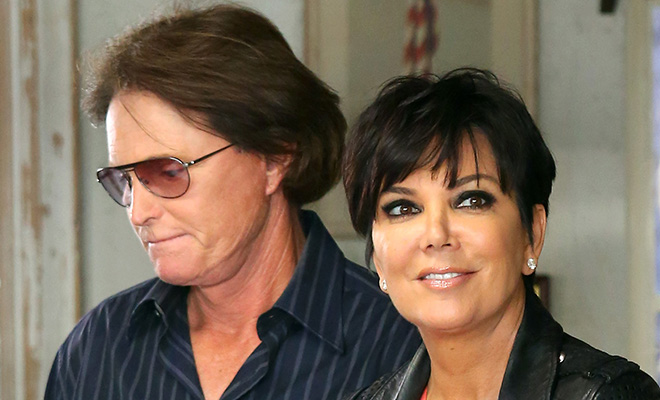 What’s the point in getting divorced in your 60’s? Not to say you’re about to keel over and die, but really, do you really want to be dating in your 60’s?

Who would want that reality if they could get out of it, especially when living in California? Wait, let me shut up before I end up divorcing Trey Songz right at the tender age of 62 and a quarter. Just kidding, y’all. I’d never leave Trey Songz.

Jokes aside, as you’ve heard by, now Kim Kardashian’s mama and step-daddy Kris and Bruce Jenner are breaking up. However, we didn’t know that the couple didn’t have a prenuptial agreement in place.

I don’t blame Kris Jenner for it, though. At the time of their marriage, Bruce Jenner was still a celebrated Olympian who amassed a $100 million fortune from endorsement deals as well as  his corporate airplane sales company, Bruce Jenner Aviation business.

These days, though, it’s Kris bringing in the big bucks as manager of the Kardashian family empire. In fact, there’s a reported $125 million at stake.

As one source explained to Radar:

“Bruce was the primary bread winner and he provided Kris with a luxurious lifestyle when they were first married. He had endorsement deals and was a very popular motivational speaker. But as the Kardashian brand and fortune grew, Bruce joked to Kris that she should have gotten a prenup so he couldn’t take anything from her.”

So maybe it’s Bruce that’ll be walking away with some cash and not the other way around.

The source added, “Never in her wildest dreams would Kris have ever anticipated she could be losing the family fortune she worked so hard for. She won’t give it up without a fight.” Well, maybe she should’ve been a little sweeter to him.

“Bruce likely won’t fight Kris to keep the house. He’ll probably ask that she just buy him out… which Kris won’t want to do because it means spending her own money. If they end up divorcing, one thing is certain — Kris is not going to part with a penny more than she has to!”

GET THAT MONEY, BRUCE! But you know, #TeamKris, though. That woman is a magician.