GOSSIPONTHIS.COM Celebs Guess Who?!: Spotted in Beverly Hills on the Set of HBO’s “Entourage” 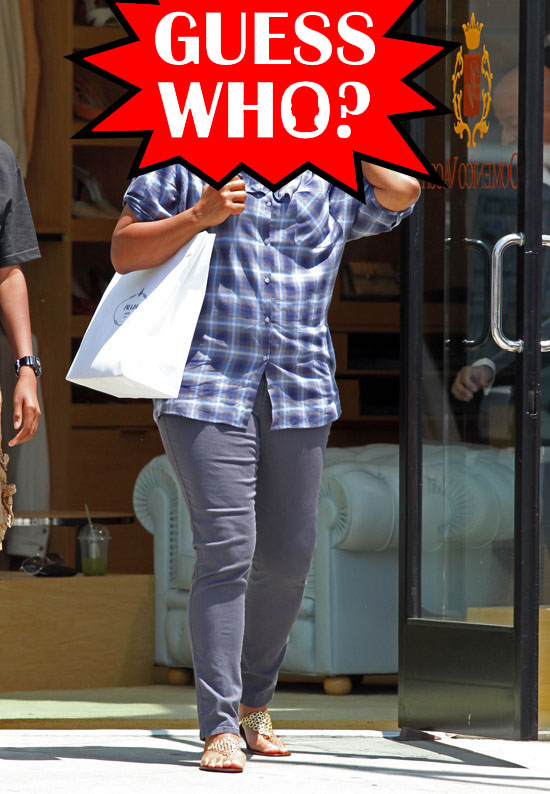 Guess who was spotted on the set of HBO‘s hit original series “Entourage” Tuesday afternoon (Jun 22) in Beverly Hills? (Easy) Hint: She’s set to host a major awards show this weekend in Los Angeles. Click below to find out who this is: Rapper turned actress Queen Latifah will be featured on an upcoming episode (or episodes) of HBO’s “Entourage,” and she, along with actors Jeremy Piven and Kevin Connolly, were spotted outside the Domenico Vacca store on Rodeo Drive in Beverly Hills filming a few scenes.

Meanwhile, Queen Latifah is set to host the 2010 BET Awards, which will go down this weekend in Los Angeles. The show airs live from the Shrine Auditorium on BET Sunday night (Jun 27) at 8/7c.

Check out a few pics of the Queen on the set of “Entourage” in Beverly Hills, California below…