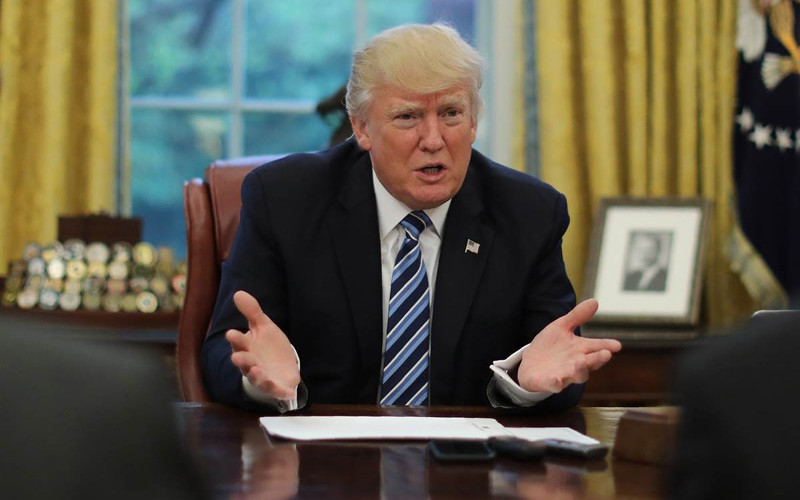 Everybody knows being President of the United States is one of the hardest and most stressful gigs in the world. Well, everyone except our current president.

Approaching his 100th day in the Oval Office, Donald Trump just revealed in an interview with Reuters that he is shocked how hard it is to be POTUS. In fact, he assumed it would be easier than his old job.

Like, what?! In what world does one live in which they believe being a mediocre businessman, a horrible reality show host, and signing checks that probably couldn’t be cashed is harder than being the leader of the free world?

Throughout the interview, 45 reminisces on his “old life,” almost as if he wishes he could go back to being a mere tax-evading civilian (which probably no would oppose).

“You’re really into your own little cocoon, because you have such massive protection that you really can’t go anywhere… I like to drive; I can’t drive anymore.”

Instead of working towards “making America great again,” the incompetent, unprepared president is still be fixated on the election, a period in which he had several “wins” and praise by his party’s standards.

He even interrupted a conversation about China’s president to hand out copies of the latest electoral map figures to the three Reuters reporters.

“Here, you can take that, that’s the final map of the numbers. It’s pretty good, right? The red is obviously us.”

However, it’s also understandable why a man with such an inflated and fragile ego would continue to harp on his last (and probably only) victory. Although the first 100 days is an arbitrary measure of a president’s term, it does set the tone. And Trump’s first 100 days has been nothing but fail after fail.

The Late Show with Stephen Colbert just produced and humorous, yet sad, clip of Trump’s 99 days of failures in 99 seconds.

Here is a look back at the 99-day dumpster fire you just lived through. #LSSC #99DAYS pic.twitter.com/8qLsLtPGZu

Yes, being President of the United States is hard! We ALL know this! 45 is only shocked because he’s not used to actually doing the work, at least not for the past few years while his kids were at the helm of his businesses.

I’m convinced this man never wanted the job to begin with; he only wanted the win. And now he’s on track for four years of losses. 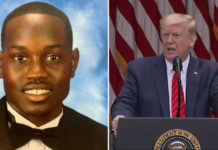 Donald Trump on Ahmaud Arbery Killing: “I Saw the Picture of Him in His Tuxedo, It Was So Beautiful, He Looks Like a Wonderful...