GOSSIPONTHIS.COM Celebs Rob Kardashian: I Know I’m Fat, You Don’t Have to Remind Me! 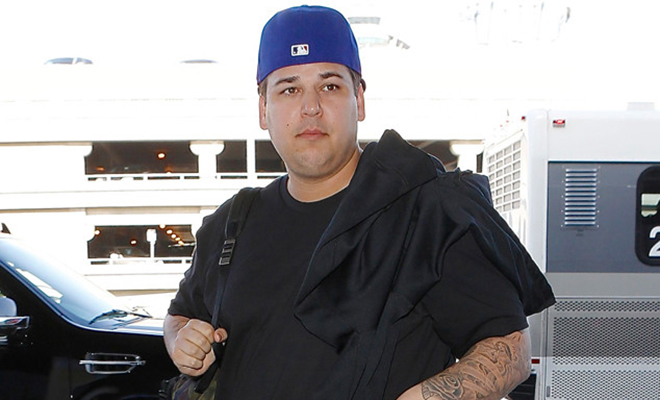 Ever since Rita Ora broke his heart, Rob Kardashian has been drowning his sorrows in large tubs of Blue Bell ice cream*, which has resulted in him gaining a ton of weight.

Yesterday, TMZ posted photos of the He Kardashian catching a flight out of LAX airport to Paris for his sister and future brother-in-law’s big wedding this weekend, and let’s just say … he’s still apparently eating a ton of ice cream (and everything else too) because the boy is waaay BIGGER than he was back in January!

Following TMZ’s post, Rob and his fatness quickly became a trending topic on Twitter, where people joked relentlessly about his massive weight gain.

Rob responded to the chatter on his own Twitter account this morning, laughing off reports that he had been to rehab or “fat camp” to handle his weight problems, and insisting that he will do something about his weight when he feels like it.

He also said that he’s “aware” that he’s fat and “that def ain’t a surprise to me lol.”

and to the blogs saying i went to fat camp or rehab LOL then why am i still fat u fools?? y’all must have run out of real news.

first, i don’t believe in rehab or therapy or anything of that sort and second I’m a grown man and will work on myself when i choose

Rob’s big sister Khloe also chimed in on the discussion and defended him against the Twitter haters:

Some of you people are disgusting for calling others names and picking on them.

You should be ashamed of your self. Your words are cutting deeper then you know and are possible leaving lifetime scars!

What shallow souls some of you are. Its sickening to critique anyone off of their appearance. Grow up!

*We don’t know for sure which brand of ice cream is Rob’s favorite; we just assume everyone likes Blue Bell because it’s the best. 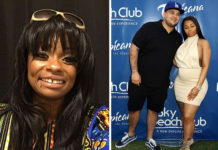