A Texas Judge who was caught on camera beating his disabled daughter in a viral video uploaded to YouTube will not face any charges for his actions due to statue of limitation laws.

In the video, which was recorded back in 2004, Aransas County Court-at-Law Judge William Adams of Rockport, Texas and his wife can be seen taking turns beating their daughter Hillary Adams with a belt for disobeying them by illegally downloading games and music on the Internet. Hillary, who was diagnosed with ataxic cerebral palsy shortly after she was born, is the one who secretly filmed the video 7 years ago, and uploaded it to YouTube on October 27th 2011.

The video now has over 5 million views and is accompanied with the following summary:

2004: Aransas County Court-At-Law Judge William Adams took a belt to his own teenage daughter as punishment for using the internet to acquire music and games that were unavailable for legal purchase at the time. She has had ataxic cerebral palsy from birth that led her to a passion for technology, which was strictly forbidden by her father’s backwards views. The judge’s wife was emotionally abused herself and was severely manipulated into assisting the beating and should not be blamed for any content in this video. The judge’s wife has since left the marriage due to the abuse, which continues to this day, and has sincerely apologized and repented for her part and for allowing such a thing, long before this video was even revealed to exist. Judge William Adams is not fit to be anywhere near the law system if he can’t even exercise fit judgement as a parent himself. Do not allow this man to ever be re-elected again. His “judgement” is a giant farce. Signed, Hillary Adams, his daughter.

Federal prosecutors announced Friday (Nov 4) that they will not file charges against the abusive Texas judge, which closes the door on the possibility of any criminal charges in the case.

Just one day after the local district attorney reported that Texas statute of limitations for child abuse is 5 years (the video was filmed 7 years ago) prevented the state of Texas from filing charges, a spokeswoman for the U.S. attorney’s office said that prosecutors determined that there was no federal crime depicted in the video, which means that they can’t file any charges either.

Adams, however, is still being investigated by the State Commission on Judicial Conduct.

The judge was approached about the video last week by a local reporter, and he told them, “It happened years ago.. I apologized. It’s not as bad as it looks on tape.”

Shortly after, he released an insanely long statement last Thursday (Nov 3) questioning his daughter Hillary’s motive in uploading the tape.

We’re not even kidding when we say “insanely long” either … the thing is 3 pages long, single-spaced! But here’s the gist of it:

The seven year old video presently circulating the internet and now made the basis of international media attention, showing two parents disciplining their 16 year old daughter, who had been caught, by her own televised and internet reported admissions, engaged in repeated criminal activity, was posted for reasons other than as professed by the publisher.

It is regrettable that Hillary Adams, a bright and gifted person, would include in her post that she is or was a disabled or a special needs child. As multiple media appearances clearly demonstrate, Hillary Adams is articulate, possesses a superior IQ, and is capable of functioning as a productive adult in today’s complex society.

No one should take the affliction of cerebral palsy lightly. Hillary’s parents did not. Hillary’s condition was monitored as a child and her medical needs met. However, neither should a perfectly capable adult try to use an affliction as a device for media sympathy. It should now be apparent to the world that “disabled” was mislabeled.

In response to the internet post, the media has appropriately attempted to understand why Hillary Adams chose the present time to disseminate the video. To many, her answers to those questions have been confusing and hollow. As she has said by recent interview, she “hoarded” the secret tape for future use, but has not explained, even now, for what purpose. Very few people find palatable her claim that it was to “help” her father.

Perhaps Hillary Adams should explain, if she felt she was raised by a tyrannical father, a claim shared with no one until five years after adulthood, why she insisted on living with her father and not her mother from the time of her parent’s divorce, until she moved out on her own. Hillary Adams has been living on her own for some time, and has been an adult for almost six years, so why post the video in late 2011?

When he was approached by KRIS TV in Corpus Christi, TX, JUdge Adams explained his daughter’s motives, telling them, “She’s mad because I’ve ordered her to bring the car back, in a nutshell, but yeah that’s me, I lost my temper. Her mother was there, she wasn’t hurt. it was a long time ago.. I really don’t want to get into this right now because as you can see my life’s been made very difficult over this child.”

He continued, “In my mind I have not done anything wrong other than discipline my child when she was caught stealing. I did lose my temper, I’ve apologized.. it looks worse than it is.”

Hillary’s mother Hallie Adams, who left her husband in 2007, and was criticized for not only allowing her daughter to be abused, but also taking an active role in said abuse, has also spoken out about the beating. She recently posted to Facebook:

“I am praying for my daughters and me and my family to heal in all ways from emotional and physical abuse, for the current and continuing abuse of my children and me that has been ongoing to end – starting now — for my daughters to both finally be able to go to counseling both individually and as a family group with their Dad’s approval, encouragement, involvement and support, for him to finally make amends to all of us, talk openly with us, and take the first steps to letting our broken family heal.”

To be honest … “broken family” doesn’t even begin to describe this group of people! They ALL need to seek some form of group family therapy or something. 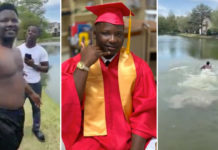